This tutorial aims to show the basic concepts and principles of the Elastest Monitoring Service, and its intended use. You can check the documentation of this service following this link.

In this example, we will use Elastest to assess that a webserver — the System under Test — is able to serve multiple clients, and uses as much bandwitdh as possible when doing so.

The ElasTest infrastructure provides us with the means to extract data from the server running the test automatically. We use this feature to collect the network activity, which we will analyse in the EMS.

This example is shipped along with ElasTest within the project Building assertions with monitoring data (EMS Example in older versions), but we are going to explain how to create it.

The System under Test

Our SuT is nginx, a well-known webserver. The configuration of the System under Test in elastest is as follows: 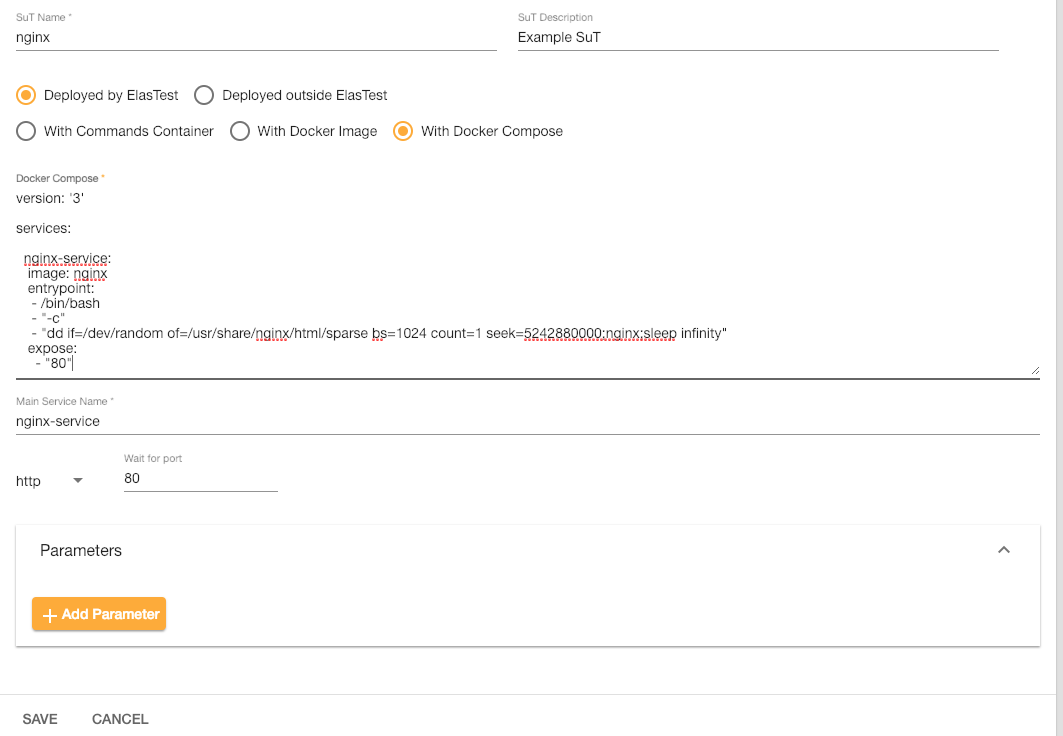 We use Docker Compose to make nginx serve a large file called sparse on the root path of the webserver, which will listen for incoming connections at port 80.

The TJob exercising the SuT is an HTTP client written in Go, whose source coude can be found here. First, the TJob uses the Elastest Monitoring Service API to deploy one Stamper and one Monitoring Machine. The stamping rules at the file stampers.txt are the following:

We use the stampers to assign a tag to the input and output events according to their content. When an input event has a string field called type whose value is net, then it is #NetData. When an input event has a field called message, then it is a #TJobMsg. The output events tagged as #testresult, #lowavg and #highavg are output to the websocket, over which The TJob will be listening for events.

The Monitoring Machine at the file sessiondef.txt is the following:

In this Monitoring Machine,

After the initialization phase, the TJob connects to the Elastest Monitoring Service websocket endpoint and proceeds to perform the downloads, printing a message beteween the different stages. This can be seen in the main TJob routine:

Then, the TJob checks the value of the event received over the channel #testresult and exits with a success or fail code accordingly. The code of the Go program is designed to stress the System under Test, while all the numeric computation and property assessment is carried out in the Monitoring Service.

We have generated a Docker image for the TJob, and published at imdeasoftware/e2etjob:1.2. The configuration for the TJob at ElasTest is as follows: 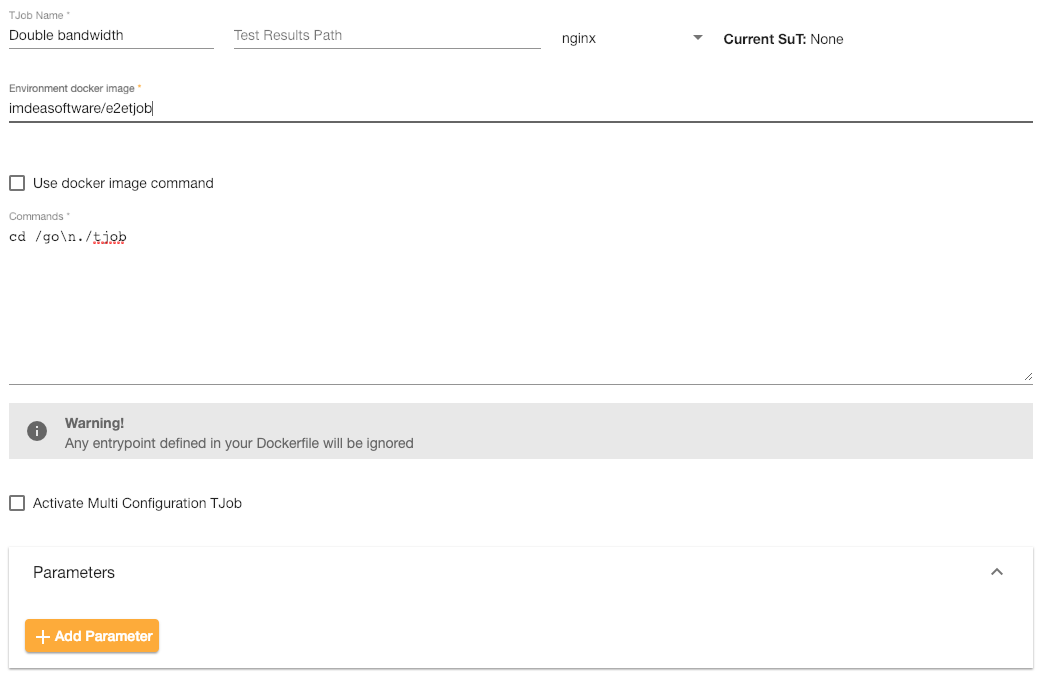 And, of course, we have to make sure that the EMS checkbox is checked: 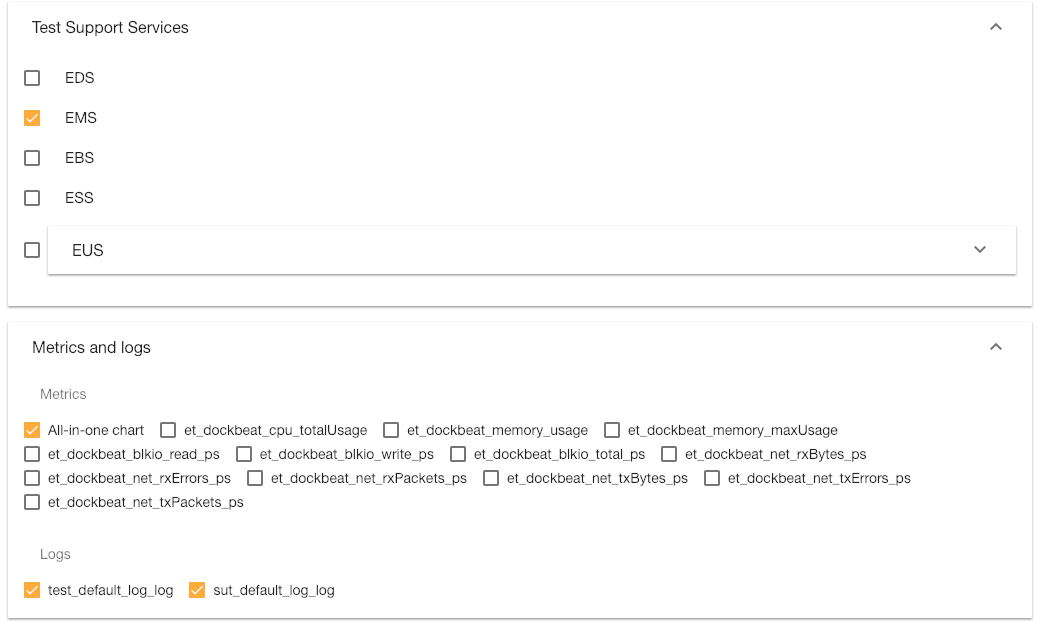 After some minutes, we should see that the test passes, which means that nginx behaves as expected: 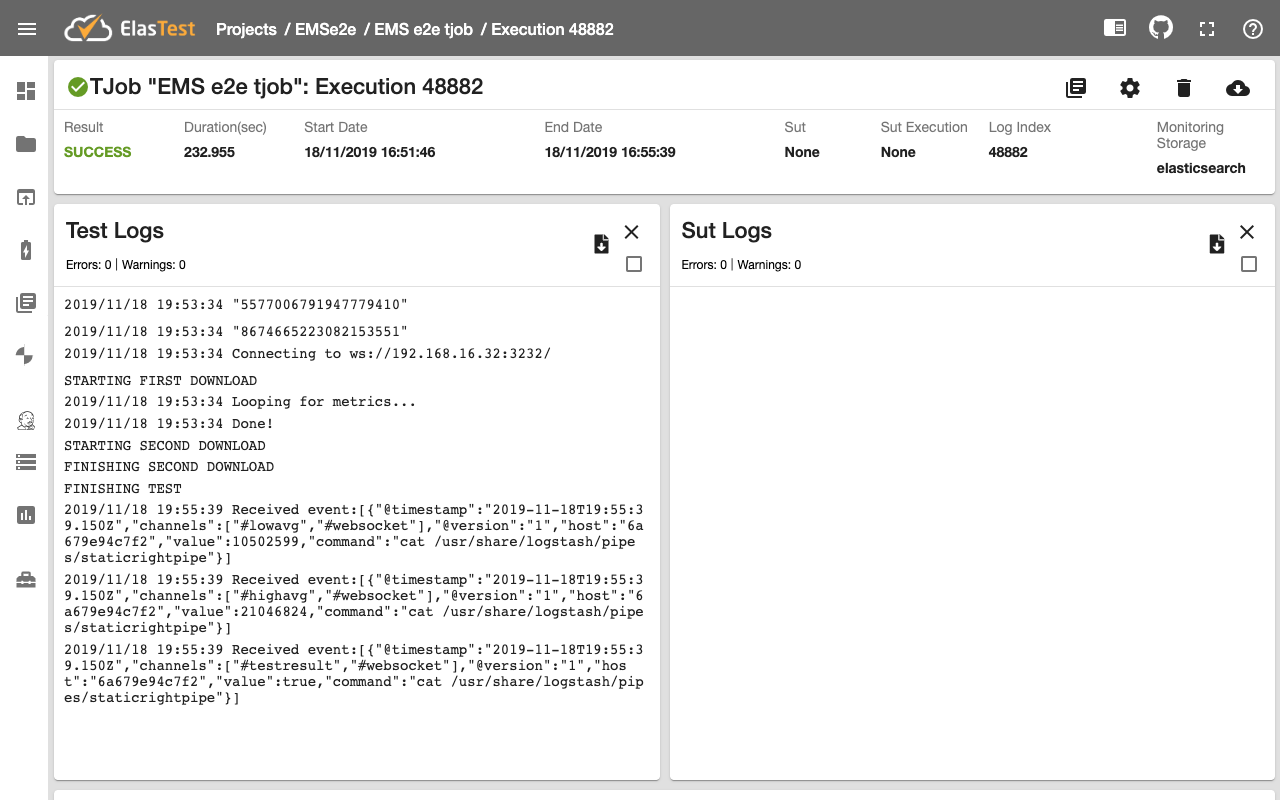